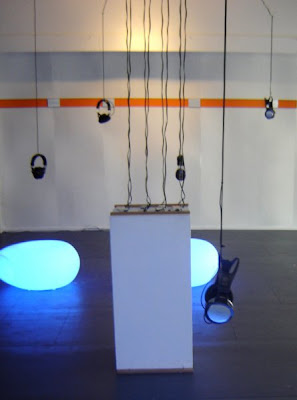 There is an excerpt of a piece now up in Newcastle, NSW, Australia. for headphone only listening on this page.
It takes my Meta Slendro splitting into two scales that produce beats only in the brain as the wave never touch. It starts unbelievably soft but does get louder. More so beyond the limit of the excerpt.
More later!
Posted by Kraig Grady at 2:16 PM No comments:


A soul who will be missed. but not his soul work which stays with us.
Posted by Kraig Grady at 1:29 AM No comments:

I have Mark Kennedy to thank for the first and Warren Burt for the second. Both send my way today.

http://www.emusic.com/album/Pandit-Kamalesh-Maitra-The-World-s-Musical-Traditions-Vol-10-Tabla-Tar-MP3-Download/10865021.html
Posted by Kraig Grady at 1:21 AM No comments:

Email ThisBlogThis!Share to TwitterShare to FacebookShare to Pinterest
Labels: Music from India

Posted by Kraig Grady at 1:41 AM No comments:

THE FIRST PUPPET IN A NEW LAND

Is anyone surprised that it would be Ned Kelly? Here he is, almost Kachina like, an outsider who preserves it at all cost.
For the last 10 years I have been making my own puppets for the Shadow Theatre of Anaphoria. My first was a fish. Almost all the human ones I have made have been based on traditional models in a desire to fully understand what goes on in every detail before undertaking the task myself. Even here choices have been made. Often I will survey as many variants of a puppet I could find, selecting what spoke to me most and what harmonized together. Traditional puppets are multilayered enigmas carrying an extensive history with past remnants hidden and informing the present ones. Often a stylistic code is used throughout all of them. They can consider the nature of flame, or the need to represent humans and gods where such images are not allowed. It does not say I haven’t kept ones eyes on more modern designs. Often one finds two common ones, the oversimplified puppets or realistic ones. These counterparts have often failed to hold me. What was missing? The director Eugenio Barba talks about how even a still actor on stage has to remain energized in their posture. In the case of a puppet this is even more necessary as one cannot rely on gesture or motion as easily. The puppet has to be ready and attentive at every moment. It is a new concern for puppet design and opens the door to furthering this art is general. So this puppet was a result of this direction.
Posted by Kraig Grady at 1:08 PM No comments: 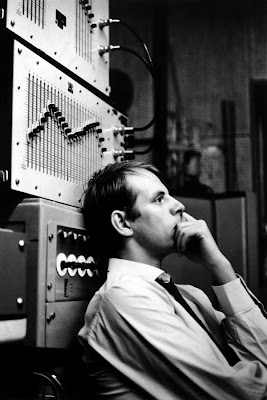 At the Sydney Con on Saturday they has an entire day of Stockhausen's music. Stop. Ylem. Hymnen. The 2nd act for Tuesday- Day of light. Ensemble Offspring doing a wonderful version of 'Set Sail for the Sun' as well as shimmering arrangements of his 12 pieces for the Zodiac. I was full by the time we left.
As we were traveling up from Wollongong we decided we would catch the entire 11 hours. So we arrived at 1 to hear what was supposedly was going to be a performance of some of the schools jazz musicians jamming on his work. We entered as Warren Summers was talking to the director of the festival as they had not shown up. I mentioned that i had played much of the '7 days' and Warren had also expressed an interest in doing something to him. So with an audience waiting he said. "Well go down there and play". So along with Terumi Narushima we did so without any discussion at all besides playing 6 hand piano as all that was available. I ventured out first but for the longest time no one joined. Finally Terumi joined in on the upper part of the keyboard and still some time later Warren came in with prerecorded sound that he had of his just intonation piano music. Warren I thought was a processing of what we were playing which gives you an idea of how well it fit. Internally i followed both the instructions for INTENSITY and COMMUNION plus the plus and minus signs from what i could remember of SPIRAL. We played for 50 minutes which seem less to me. A few people came up wanted to see the score. It was highly successful and was honored to 'channel' the spirit of Karlheinz in with Warren Summers and Terumi Narushima.
Posted by Kraig Grady at 11:28 AM No comments: