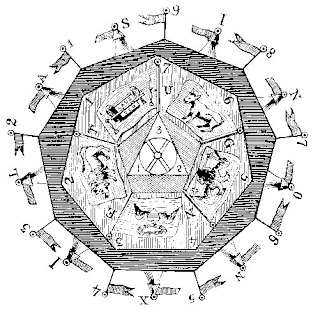 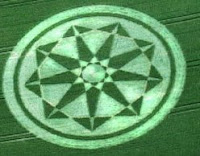 A Cabalist who recently visited our Outpost has shared, in what time allowed, some aspects of this tradition and some lesser related non traditional practices. One of these is known as Gematria, a system involving the relationships of number and letters in Hebrew. Briefly, it associates the root of an idea with a number, usually prime, then pursues the combination of ideas through the combining of numbers. Since ideas and concepts are infinite, so are the series of primes, so there is always a way for the new and unforeseen to find its locale in the numerical continuum.
Of much interest though is their sensitivity is to the 'life' of an idea , it's beginning energy and how that energy changes in the process of manifestation and use. Likewise how it interacts with the plethora of ideas that have already been expressed. The basics are symbolized in their 'Tree of Life' which arranges the first ten numbers is a particular pattern, showing a pattern of descent or ascent. hence any new idea can be followed in its first 10 steps.
Perhaps a dogma but it represents a sensitivity to something we usually don't bother to think about. i think this sensitivity is fruitful in dealing with ideas in relationship to music, especially conceptional and or philosophical ones. Possibly this same type of reflection could be focused upon exactly how these ideas manifest when acted upon, regardless of their goal. Could it be that the more extreme ideas get us lost and some of the simplest have been the vehicle for some profound works? Could experimentation be fruitless unless we evaluate whether it was successful or not when it is all over? I remember Stockhausen making the comment how the text to one of the text pieces "From the 7 days" brought out a certain ferocity in performance which one would not foresee in the concept of the text itself. This is a good example of type of sensitivity.
One general idea as an example. We witnessed a century that by the end there was no sound nor form possibility that was not allowed . In this environment of "infinite possibilities" it is interesting to see how culturally bound this music remained (and will so spawned from this idea). One compares it to other world music traditions to witness how much is left out that have blossomed out of humans without such concerns. The west can make them or get there only by appropriation. This idea leads us away, not closer to these practices. Hence we can not get there from here, not that it is the only place i want to go, but don't want to rule it out. So we must move on, leaving it behind as much as we did the concept of the ether (in the sense of true or not, it cannot be observed, therefore of not much use to include it, or exclude it) . In the end "infinite possibilities"- so what?

A concept is not thinkable without its opposite.- Paul Klee

Let us look at the negative side of "infinite possibilities" . There might be a parallel to say we push beyond the limits plants are accustomed (just because we can) resulting in hybrids that are sterile and can produce no offsprings. A Botanist might tell you there are others ways to do this, slower but more substantial. And what good are such plants beyond a show of cleverness if we only have finite land for gardens?
One Cabalist stated, "Solve half the equation, but leave the other half unsolved." Certain ideas pursued allows us little choice in the matter and the most fruitful for all involved
Posted by Kraig Grady at 2:53 PM No comments:

[today was Banaphshu's turn]
Posted by Kraig Grady at 9:35 PM No comments:

It has struck me how and in what way the imagination can be applied to music and these two seem to quite well represent two different tendencies.
Cage concerned himself with forms and processes a priori that could be applied to any sonic material even though the goal was to liberate sound in the process. It was still a situation where the material would bend to these forms, regardless of how much or little control there was.
Varese on the other hand would accept forms as the result of working with the sound he choose. Here form bent to the material. (Historically the forms were a given and likewise neutral, but there was concern about 'how' it was going to be used, but imagination so expanded the possibilities they were no longer necessary.) In a sense Varese applied his imagination in a more traditional way for him the form was neutral as opposed to a means to an end. Scelsi appear to prefer applying imagination more in keeping with Varese. What happens happens because of what presents itself. Even a more melodically oriented composer as Sorabji likewise.
The problem of a priori applications lies in that it works outside of time, and we risk not experiencing the imagination in the moment shaping things according to an inner impulse.
Likewise the actual sound can become of secondary importance. The problem with the latter is the final post listening experience can be of little or no importance.

Perhaps the question is a Macro/Micro contrast in thinking about music.

Interesting Feldman fell in the middle of influences but seems to have sided more with Varese.

Anyway this is the concern of one persona at the outpost here. I am leaning these days away from a priori thinking.
Kraig Grady
Posted by Kraig Grady at 11:23 PM No comments: 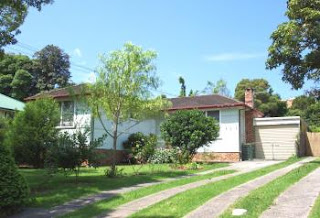 Somehow we lost this post. but we once again present the Outpost of Anaphoria Island.
This will be our base of operation working toward the Museum of Anaphoria.
As stated, we made them an offer they couldn't refused.
Posted by Kraig Grady at 11:59 PM 1 comment:

Email ThisBlogThis!Share to TwitterShare to FacebookShare to Pinterest
Labels: location, offers, outpost
Report from the
TRANSCENDENTAL AND EMPIRICAL RESEARCH CENTRE AND LIBRARY
OF ANAPHORIAN CRYPTOGRAPHY
Musical Issues :
While cryptographic methods involving the use of sound have been around for a decade, more and more cryptographers have been expanding the musical/sonic layers of their work. This resulted from the great interest of a small but dedicated audience in the musical qualities of coded messages being sent abroad.
There has been official criticism fearing the unintentional possibility of unconsciously presenting partially deciphered content or syntax of the encrypted message by means that might be understood intuitively. In response, certain cryptographers pursued more and more "split" personalities in order to minimize this cross interaction but often this resulted in unacceptable conditions. Next they embraced encryption methods that obscured homological parallels that sucessfully satisfied their critics.
Papers that addressed this issue were read and presented.[Due to the demands of security issues the authors had to remain anonymous but were designated by number and letters.]

A Computer Assisted Model of Mutational Processes in Density Driven Deformations Upon Untreated Extensions During the Convergence of Contractional Structures Within Frequency Matrices of Semitransparent Turbulence . Kirch 78956 41.0

Posted by Kraig Grady at 8:40 PM No comments:

The people of Anaphoria are proud to be one of the first to acknowledge and congratulate the Lakota nation in its independence from the former United States.
Posted by Kraig Grady at 9:11 AM No comments:

So here we are

The people of Anaphoria are proud to announce the establishment of this Austronesian outpost of Anaphoria.
This Blog will keep you informed on our activities.
The present goal is to establish a "museum" of Anaphorian Culture as it presents itself.
At present, we are under the temporary patronage of an ex-Toshiba engineer smack in the very very heart of Sydney on Market Street. Tomorrow we will be investigating properties south of Wollongong as even though we are welcome here, it is unfortunately too small for us to carry out our activities.
Posted by Kraig Grady at 1:48 AM No comments: