A tuning for Satie's Vexations

Notes on a tuning for Satie’s VEXATIONS
I was asked to provide a tuning along with others to be included in a shorten performance of Satie's piece as apart of Microfest 2012.
Here is the final tuning

I decided to take a conservative approach to the problem. I thought I might rely on some historical model of music like Vexations that involves repeats over a long period of time. The one that came to mind was Pibroch, a style of bagpipe playing. The bagpipe tuning is quite impressive. It avoids simple ratios of most consonances leaving any repose in the melody to still be propelled forward by ratios of mild acoustical dissonance. The tuning also has some proportional triads. These type of triads have difference tones that support notes in the chord or scale which provides an overall unity, yet can depending on its complexity, can suspend the music in the air for undetermined periods of time without really resolving yet still reinforcing the tones being used. This is used to great effect with melodies repeated for hours.
Vexations with its preponderance of diminished triads made me look for the simplest proportional triad of this shape. The simplest one I could find was one of E. Wilson’s recurrent sequences A+C=F which he labeled as Meru 8. This eventially will converge on a chain of minor thirds 306.75991106 cents in size but there is a fair bit of oscillating back and forth that gives sometimes for some nice variation.
If you are unfamiliar with these types of scales look here

Commerical for a Western

Here is my one composition for Chamber Orchestra.
http://anaphoria.com/westerncommercial.mp3 The recording is from 1986 and appeared on a concert i put together at the Japan American Theater for 18 three minute works. Since i had what i considered a more important show. The premiere of my 3 projector film Long Gunn but not Forgotten I though well 3 minutes is like an advertisement anyway so i decided to do one for this upcoming show. I enjoy the fact that i was able to use a chamber Orchestra to advertise a concert on my self-made instruments. The Narrator in John Callahan who also appeared as the Sheriff in the film. He did an amazing job even though he didn't have had a chance to rehearse with the Orchestra before hand. Don Crockett conducted.
Posted by Kraig Grady at 2:15 PM No comments:

Email ThisBlogThis!Share to TwitterShare to FacebookShare to Pinterest
Labels: Chamber Orchestra., Commericial for a Western, Long Gunn But Not Forgotten 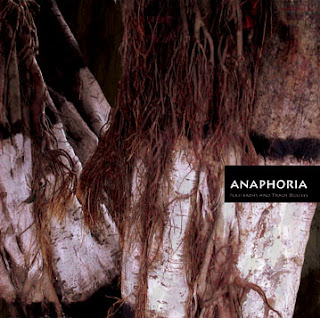 Zephyros for solo meta-slendro vibraphone is one of my favorite pieces. Ini.Itu was kind enough to issue it on Vinyl as the title track of
Anaphoria: Footpaths and Trade Routes
which has been its sole place of availability. I sadly is approaching going out of print so I am providing an mp3.
Posted by Kraig Grady at 9:20 AM 1 comment: