Pictures from the NowNow Festival 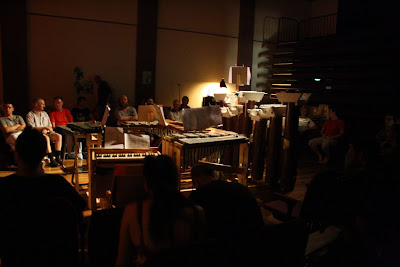 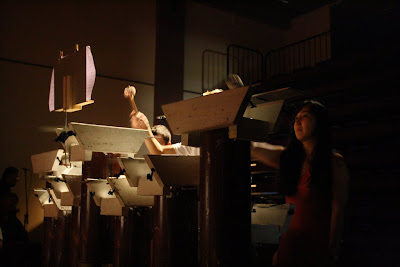 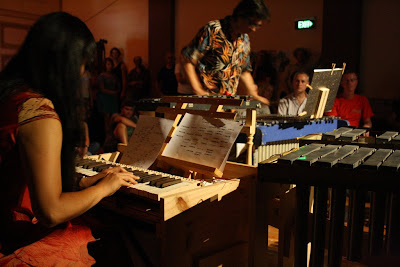 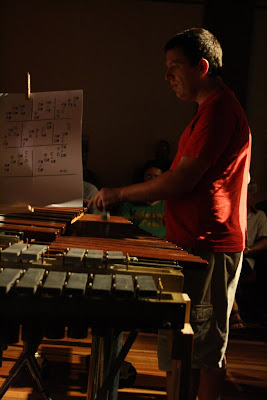 Thanks to Adrian for taking these. More wonderful shots of the festival can be seen herehttp://www.flickr.com/photos/ajebec/4302681073/
Performers were Kraig Grady
Terumi Narushima
Alex Masso (bottom pic)
and Finn Ryan who despite being the tallest is not seen.
Posted by Kraig Grady at 5:53 PM 1 comment:

The Chopi were thankfully the interest over a half century ago of Hugh Tracy who collected extensive data about their tuning, music and practice. Its closest tuning relatives in the world seem to be Burma and Thailand more so than those in Indonesia as originally thought. These traditional instruments with their tunings has now been reduced to the skill of this one man. The Chopi has been a prominent investigation and exploration of mine for years and is the basis of the tuning used on my hammer dulcimer and an organ (Meta-Mavila) . I consider it the second most important tuning i am working with. Hopefully it will manage to become an orchestra of instruments like i have been able to with Meta-Slendro. It is more important that this work continues where it started and good to see what we see here.
Posted by Kraig Grady at 8:54 AM No comments:

An Aperiodic dispatch from the CENTRE FOR ALPHABETICAL SEQUENCING

The vendor the crude country asset.

a mysterious expressway stirring underneath
the crowd presses a wary hope
a capable reminder that distances
the doubt in an abolition neighborhood.

Behind the ambassadors a parade roars after each funniest coincidence
Example a fraud appeared beside the pool bending
Spoke frog the staggering
A master gutter riots into any garbage and overcomes appeal
The offending group questions why another quiet manifesto
How can the wasteful ploy chain the infallible autumn magic?

How did the prophet breed such a stereotype?

Even my passive corn objects.
Heaven waits for an approach toward a humane diameter.

Bequeath the psychologist proceeds a genocide.
The silent mob conveys the sneaky doom of wallet
a soldier groans with his bigot toed officer
Huff the helicopter frowns
A military expires across the horrific bridge
strays a gun strays

The intervening sunrise revolts near another mechanism.
a diagonal mud changes across the earth
Will any geography succeed to wash aside an indigenous interference?

An interactive hardware dances inside this culture.

A stone dances over a heart.
A temple dances behind a lecture.
The applause rants throughout a seventh
Posted by Kraig Grady at 1:44 PM 2 comments: