I try to avoid the word Microtonality like the plague. I never mention it on releases except for one time i included one sentence for which I was called out for by one critic (sic?).
If though we are going to tolerate the term , which encompasses more and more each day, perhaps it might be good to draw the line in the sand somewhere.
As a start and to get to the point:

It should be intentional. For instance, accidental deviations from say, the standard scale need not apply. A lack of directionality might also be in keeping here, say not the result of a random choice of objects or even a process. A scale though determined by ear should be included as a valid method even if no math is involved.

It should be a feature in the approach to the music. If not then perhaps we might start calling the miked acoustic guitar of a folk singer, electronic music. Technically it is, but also trivially too. Basically if it can removed without changing the character and expression of the music, we might be better to refer to the music what features the music is actually using.

In terms of other cultures, for the time being, it seems ok to refer to any intonational practice outside one's own as microtonal. In turn those in those culture should in turn be allowed to return the favor. In the long run, it might be better to limit it to being outside the cultures at hand, assuming an uncentered norm, even if the practice seems limited to one cultural practice at the moment.

For myself , I am going to use my own term Mesotonal explained back here

Pictures of a Meta-slendro Bass Marimba 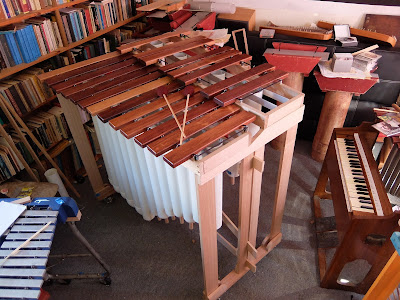 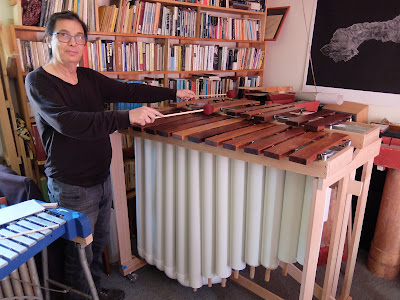 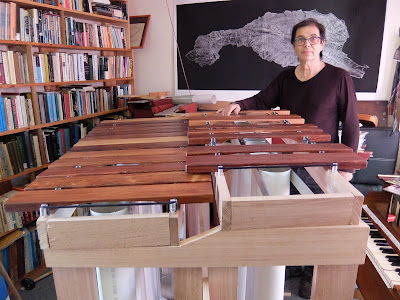 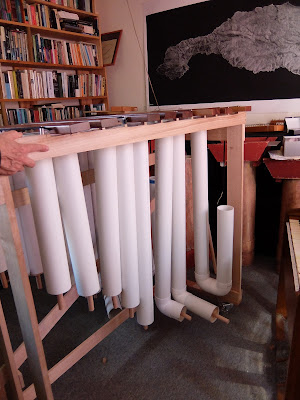 Still researching other resonator options but this works for the time being. 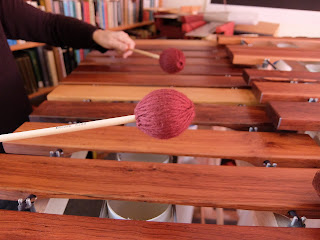 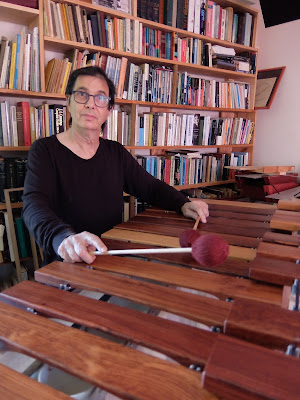 Posted by Kraig Grady at 4:26 PM No comments:

This blog post is basically a handy list of written resources for those interested in Just intonation and microtonality starting from the simplest to the more specialized and detailed. We suggest owning hard copies as all serve as important references.


The Just intonation Primer by David B. Doty
http://www.dbdoty.com/Words/Primer1.html

On The Sensations of Tone. Hermann Helmholtz
http://store.doverpublications.com/0486607534.html

Genesis of a Music by Harry Partch
https://monoskop.org/images/b/be/Partch_Harry_Genesis_of_a_Music_2nd_ed.pdf

Microtonality and the Tuning Systems of Erv Wilson by Terumi Narushima (available in Octotober 2017)
https://www.routledge.com/Microtonality-and-the-Tuning-Systems-of-Erv-Wilson/Narushima/p/book/9781138857568

'Temperament' and 'Temperament; or the Divisions of the Octave' R.H.M. Bosanquet
http://anaphoria.com/library.html

This list also covers much of a Just Intonation nature that best is seen there as opposed to copying.
http://sacredrealism.org/catlamb/tuninginformation/resources.html
I will be updating this as i am sure i am forgetting many

Posted by Kraig Grady at 4:10 PM No comments: