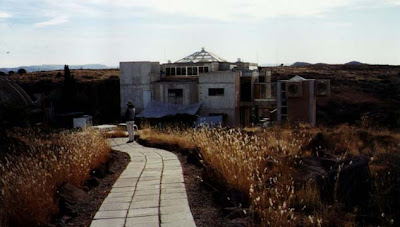 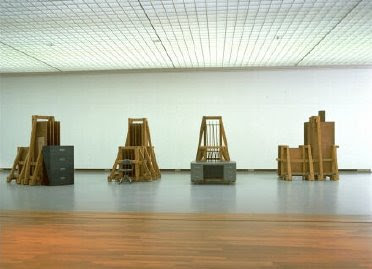 Posted by Kraig Grady at 4:04 AM No comments:

best to read March 21 before 22,2009
http://annandaledreamgazetteonline.blogspot.com/
Posted by Kraig Grady at 2:11 PM No comments:

Email ThisBlogThis!Share to TwitterShare to FacebookShare to Pinterest
Labels: dreams

I could post another 20 but i thought i would go with maybe exceptional, maybe more overlooked representations.

Even outside the message, note the angular background line in the ensemble of this tune. It is quite unusual how it comes in and disappears thoughout. I can't think of another example like it.


Now where does one hear counterpoint like this in the first tune. As an aside my Stepfather was the head scenic artist on this show.

Scott Walker who started in the 60's is still going. He is probably as close as we are going to get to Schubert as a song writer we might see in our life time. This songs takes excepts from the trials of Eichmann mixed with Henry the VIII Queen Anne.

you can't embed the following. Yes Nancy Sinatra! with Lee Hazelwood. Now if one wanted to write a 16th century mass on a popular tune. This one would be my first choice. The song always struck me as about man's relationship to nature as well as a warning not to meddle with it too much either.

http://www.youtube.com/watch?v=Sb-SVPJM4L4
Posted by Kraig Grady at 1:00 PM No comments:

Here are a few of the more fun things used in a lecture on "Sound Art" at the University of Wollongong this last week. 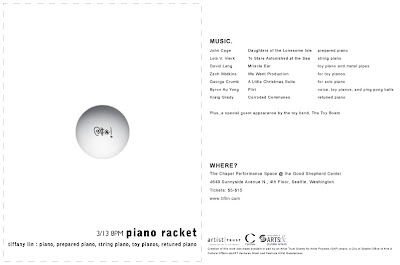 For those of you without macro-lenses for Eyes, The concert here includes a premiere of my first piano piece in maybe 35 years.

The concert includes another premiere: Flirt by Bryron Au Yong as well as works by Lois Vierk, David Lang, George Crumb and John Cage. Quite a line up
I am immensely grateful to Tiffany Lin for making this opportunity available to me. The tuning has to be one of the more conservative i have used but that is no reflection on it beauty. It is a temperament invented by George Secor which works well for much 12 tone Equal temperament music. It differs than most temperaments in that it combines the recurrent sequence idea of Erv Wilson's Meta-meantone with attempting to preserve the idea of triads being equal beating. If one had to write for 12 Tone instruments but wanted a more pleasing tool to do so, this is a strong candidate. I tend to think that it might have persauded Lou Harrison to give it a try along his use of Werk. 3.
But the proof is in the pudding and recommend trying it yourself. Here is the tuning called Secor 2 as expressed in deviation for 12 ET. It is spelled out so that everything is lower to not scare those afraid to tune up. Ideally one would keep A at A=440. if you try it out let me know how it works for you.
Secor 2
C 0.0
C# -14.1
D -5.9
D# -7.1
E -10.7
F - 0.1
F# -14.4
G -2.9
G# -9.9
A -8.3
A# -2.1
B -13.6 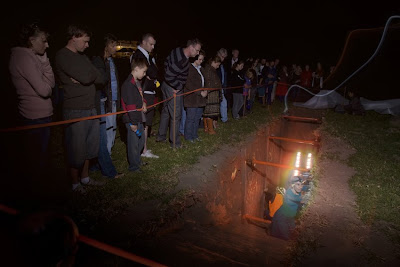 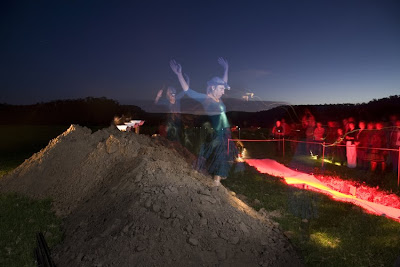 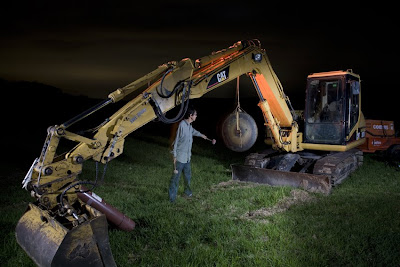 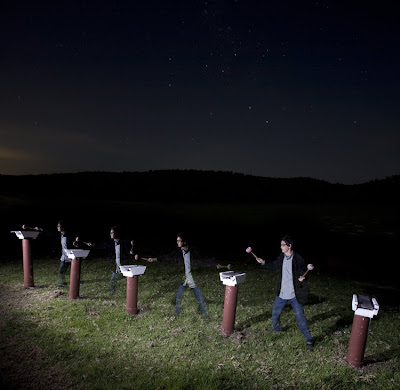 A great thanks to Doug Spowart and Victoria Cooper for taking these photos together
Posted by Kraig Grady at 6:08 PM No comments: 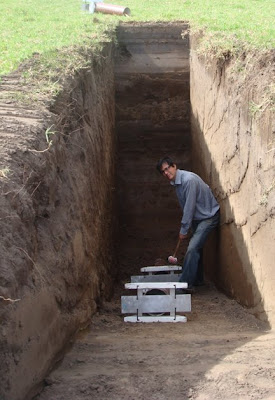 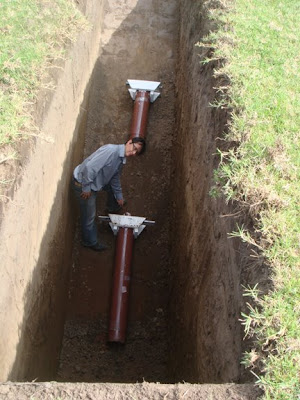 Digging for the Past, Unveiling the Future

A partnership between Bundanon Trust, University of Wollongong and Macquarie University
Funded by Arts NSW

Ten Trenches investigates the impact of sea-level rise on the Shoalhaven River in NSW. Auger holes and slot trenches reveal the flood behaviours of the river from up to 8,000 years ago – a period when the sea was about a metre higher than present – a level which is predicted to reoccur within the next 100 years.

Estuaries of the past; Centuries of dirt; We dive knife-in-mouth through tonnes of earth

By Day Two the crew of Ten Trenches were already 27 metres down, drilling through 15 metres of beautiful soft river sand to reach a particular time period known as Pleistocene, which dates from 10,000 years and older. The crew have discovered traces of an extinct species of tree.

On Day Three the seven-tonne excavator arrived and the digging of the slot trenches begun. To date, four trenches have been dug, positioned throughout the paddocks at Bundanon.

Email ThisBlogThis!Share to TwitterShare to FacebookShare to Pinterest
Labels: Bundanon, Music for Trenches

Here is an Elephant painting a picture of an elephant
I could not figure out how to embed it. if you know how let me know.
Posted by Kraig Grady at 7:21 AM 2 comments: